Mount Pleasant Studio is situated behind a Grade ll listed Georgian facade in the heart of London, ten minutes from the West End.
In the Victorian era it was a thermometer factory.
At the time of the 1901 census, the building was inhabited by 29 people, mainly Italian immigrants from Rome, Naples and Tuscany, among them marble workers, statue painters, dock labourers and … pigeon pickers.

The studio was built in the 1980s for Robert Golden, innovative food director, when the building was the base for Golden Seddon, which later became Julian Seddon Films.
For many years during that period every Asda tabletop commercial was shot here.
It was fully soundproofed and an infinity cove added in the late 1990s.

MPS opened its doors under new ownership in October 2005.
The studio is equipped with a wide range of lighting and camera equipment, including a 120fps Arri Alexa, lights ranging from Arri 12Ks to a Dedo Kit, and a large selection of tools and accessories, from turntables to Climpex, from blue/green screen flats to perspex ice cubes.
We can hire in whatever you need that is not available on site via accounts with the major camera and lighting companies.
A U-shaped cyc was added and the Green Room refurbished in 2013.
The studio is unique in having a large industrial kitchen adjacent to the stage, fully equipped with multiple ovens, gas hobs, fridges and freezers.
This is included in the hire cost of the studio, in contrast to other studios, where the cost of hiring and transporting kitchen equipment must be factored into the budget.

The studio is used by many major commercials and television production companies, among them:
Academy, HSI, Blink, Tomboy, Bare Films, Disney, Discovery Channel, MPC and the BBC. 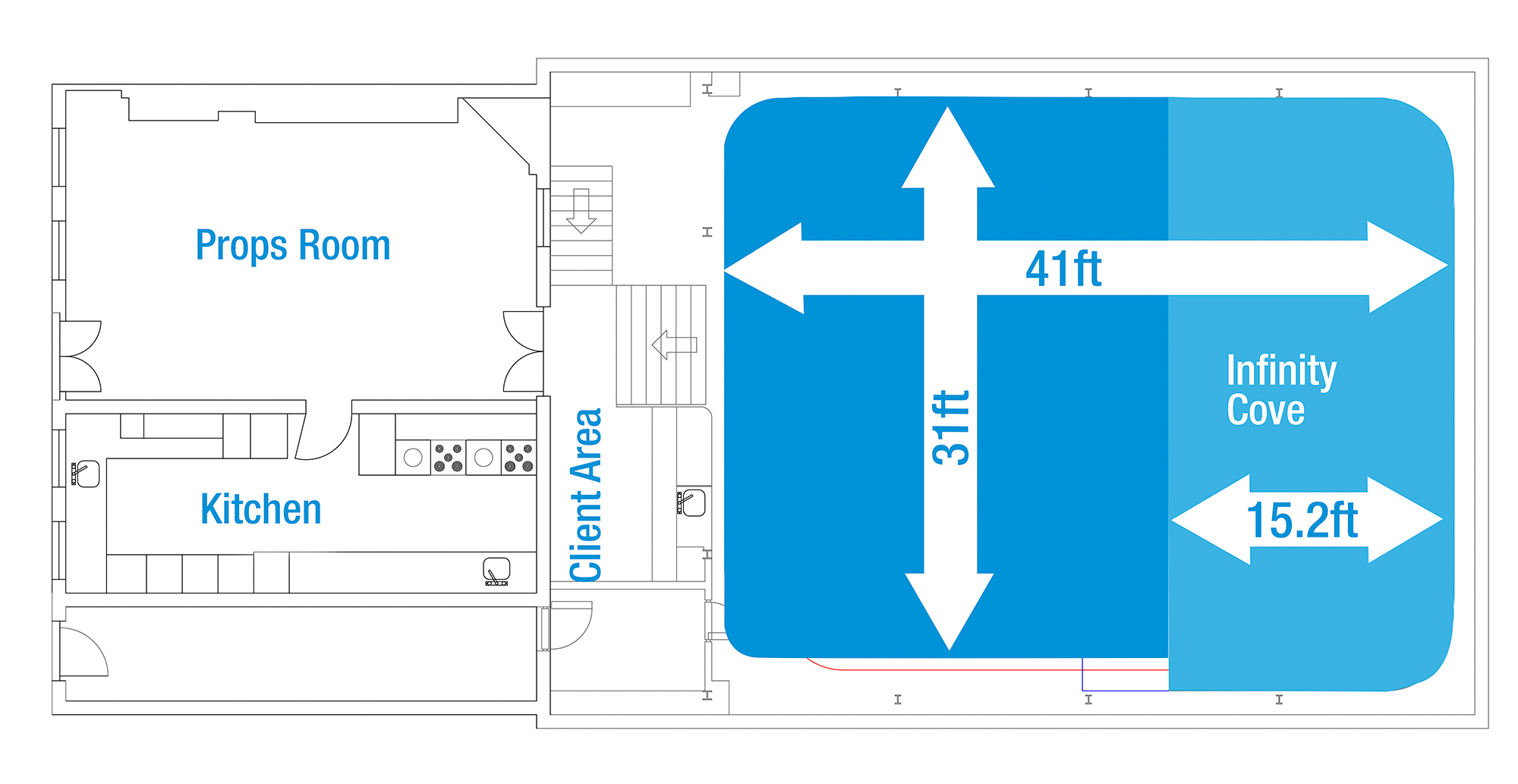